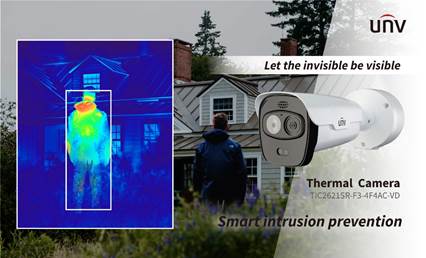 Fire prevention is a very important part to the safety of our lives. In many scenes, once a fire starts, inestimable losses are inevitable. Due to the complicated factors in a fire incident such like smokes, the surroundings will not be easy to observe by traditional cameras.

A fire, though obscured by objects, is often accompanied by high temperatures that are invisible to the naked eye. Using thermal cameras, fires can be captured via temperature changes in the area and can be responded to before it causes more damage to people as well as properties. 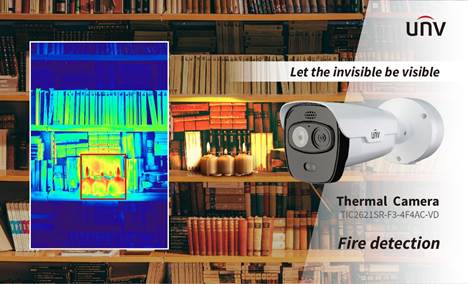 In substation, oil pipeline and other similar industrial sites, the operation of the machine generates heat, resulting the high machine temperature that increases fire risks. A thermal camera is capable of detecting invisible "instrumental temperature information". Once the manually set temperature threshold was exceeded, alarm will be triggered to urge timely maintenance and troubleshooting. 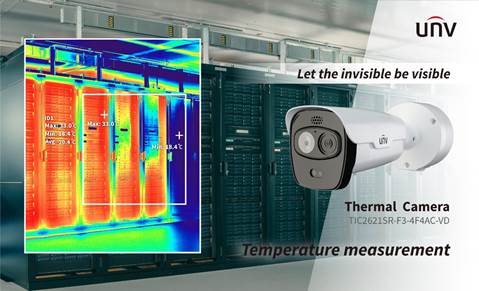 Whether to inspect daily tasks like electrical panels, HVAC failures, or assess water damage, or to the extent of a fire prevention/ rescue, our  new thermal camera can reveal problems for naked eyes, see in the dark. UNV Thermal cameras are ready to make our life safer and better. 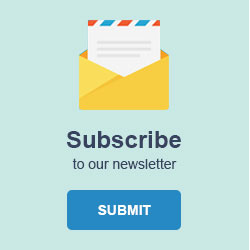